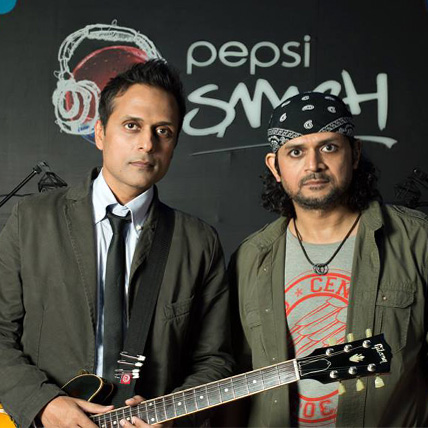 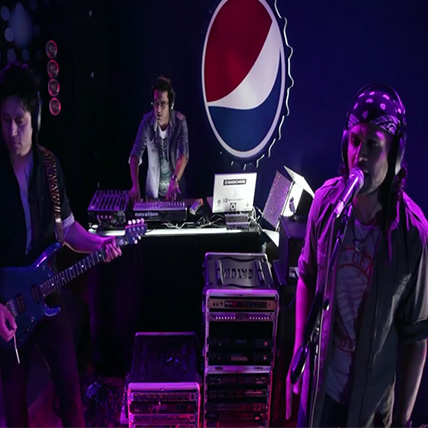 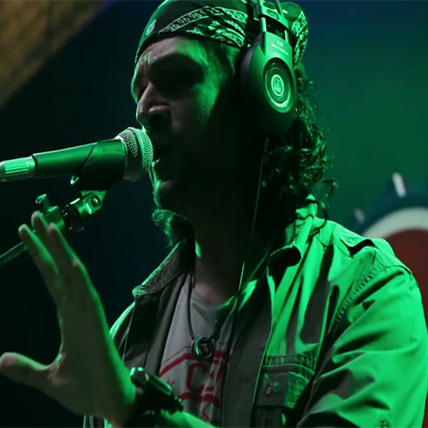 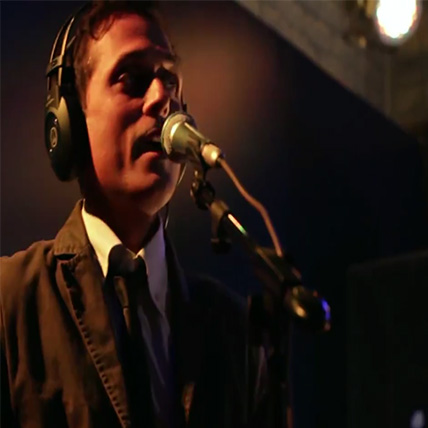 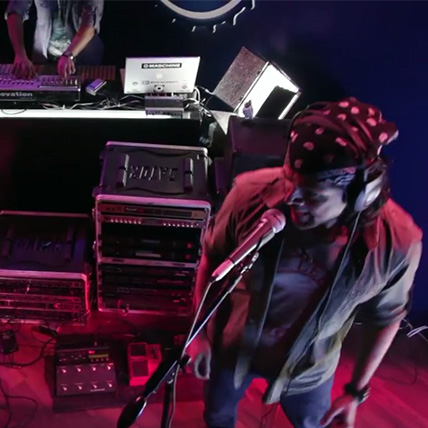 Company
PepsiCo is a world leader in convenient snacks, foods and beverages with revenues of more than $43 billion and over 198,000 employees and has a strong presence in Pakistan.

The Brief
In 2013, we were brought in to create Pepsi Smash Pakistan, Pakistans first digital music platform. The purpose was to promote the music of the land through Pepsi’s unique music show on a digital platform and make it a smashing hit, of course. The project was managed by the drummer of Overload, Farhad Humayun, at Riot Studios. The first season saw 12 sessions with 8 artists including Noori, Strings and our very own Haroon Shahid.

The Insight
For centuries, Pakistanis are known to be pioneers of music. From folk and traditional to acoustic and metal, our nation loves its music. Pepsi in the 90’s had always been an avid supporter of music in Pakistan.
Music in 2013 was going through a very tough time so the top artists of the nation had to fight out for the dying music industry and come out with something powerful through digital viewership.

The Idea
In the summer of 2013, Pepsi brought to us a rock festival like none other. They brought together 8 artists and put out 12 sessions.

The Challenge
With the dying music industry in Pakistan, Pepsi Smash had to come up with something original that would incorporate a fusion of various artists and would be covered digitally on all major platforms. With Youtube being restricted, Pepsi Smash had to forego the biggest digital video platform.

Competing brands
Coke Studio rose to prominence by 2013 and was on season 6. With the nations music veterans on board and limitless budgets and millions of fans in Pakistan and worldwide. Pepsi Smash was to launch in June 2013 right before Coke Studio. Nescafe Basement also quickly rose to relevance working on underground musicians lead by veteran producer Zulfiqar Jabbar Khan, popularly known as Xulfi. Two very big challenges awaited Pepsi Smash.

The Accomplishment
#PepsiSmash videos almost received 25,000 shares and 78,887 likes in a fortnight. It was the number one digital media lead music program with videos all over Dailymotion, Youtube, Twitter, Vimeo and Facebook. The event was covered by media platforms nationwide. Pepsi’s page discovered an increase in fans by 207%, there were a total of 61,703 shares, 253,559 likes and almost 1.2 million views. The campaign also received an award at the PAS awards for ‘Best in Digital’.

PepsiCo is a world leader in convenient snacks, foods and beverages with revenues of more than $43 billion and over 198,000 employees and has a strong presence in Pakistan.